Posted by Andri Riyanto at 8:19 PM 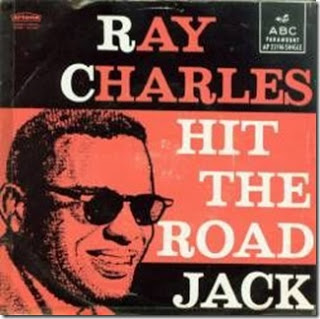 Hit the Road Jack is a song written by rhythm and bluesman Percy Mayfield and first recorded in 1960 as an a capella demo sent to Art Rupe, available on the Memory Pain CD vol. 2, Specialty Records SPCD-7027-2.
It became famous after it was recorded by singer-pianist Ray Charles.


It hit number one for two weeks on the Billboard Hot 100, beginning on Monday, October 9, 1961. The song was also number one on the R&B Sides chart for five weeks, becoming Ray Charles' sixth number one on that chart.
The song is ranked #377 on the Rolling Stone magazine's list of The 500 Greatest Songs of All Time Unhappily Ever After season 1, 5.
Share on Facebook
Share on Twitter
Share on Google+
Tags :